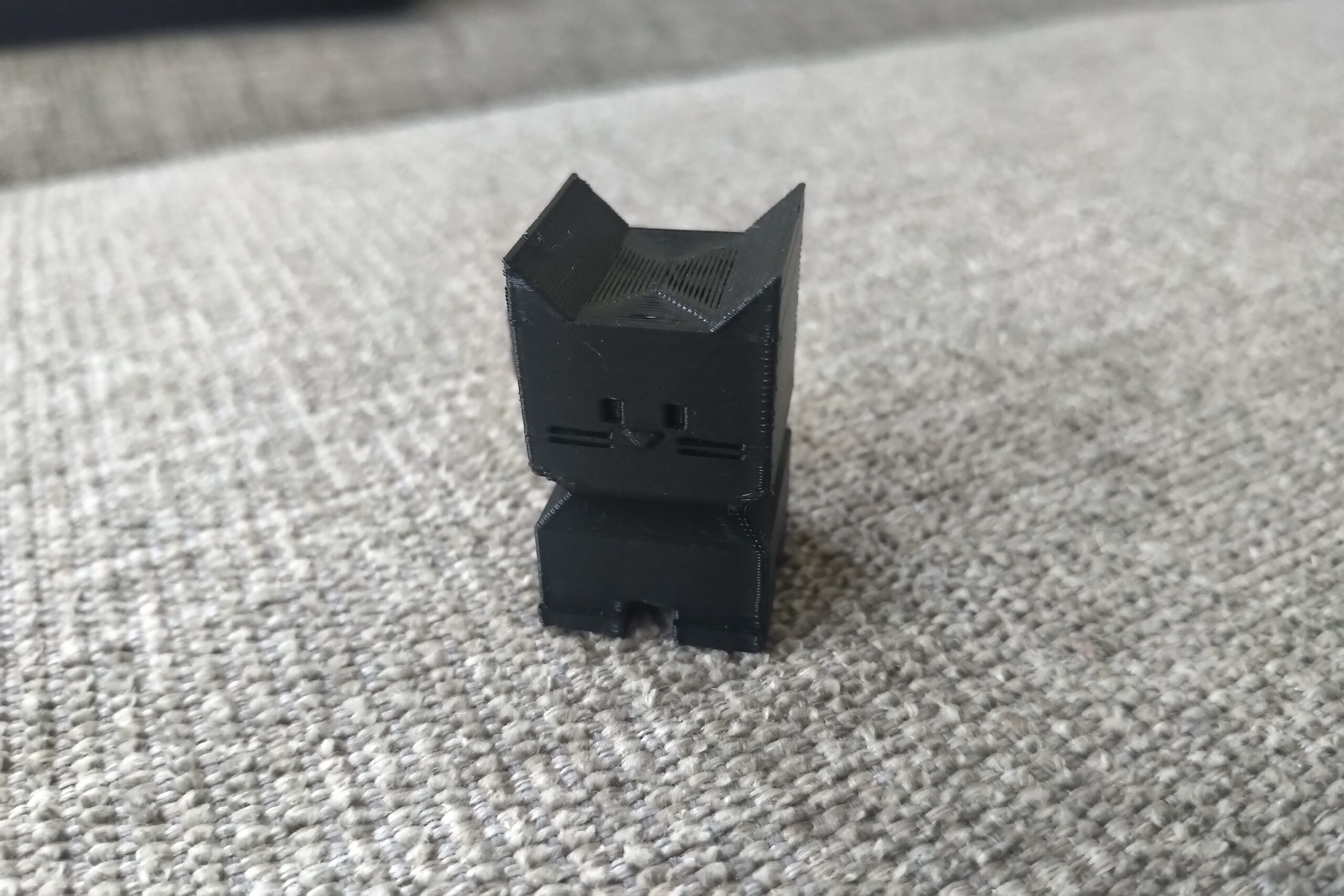 Starting in college I became interested in 3D printers, before they really became mainstream. Having built one of the first 3D printers in existence, our RepRap build was itself built from many 3D printed components provided by a friend. While this printer never really printed great, it was able to produce some quick prototypes, and was an invaluable learning experience in many ways.

Several years later when more consumer friends FDM printers became available, it made us realize how far things had come. Sitting on my self is this 3D printed cat, one of the first prints from a new, off-the-shelf printer, sending home how easy it now was to simply click and print.

© 2023 The Museum. Created for free using WordPress and Colibri